A farewell and a tribute to a friend and a mentor

It's with great sadness that we share the news of the passing of Mark Bagshaw - one of the original Trustees of the Be. Institute. Mark was a pioneer of the accessibility movement and played a pivotal role in shaping Be. Lab's approach to social change. He will be enormously missed by so many. Read Minnie's farewell and tribute to Mark here. 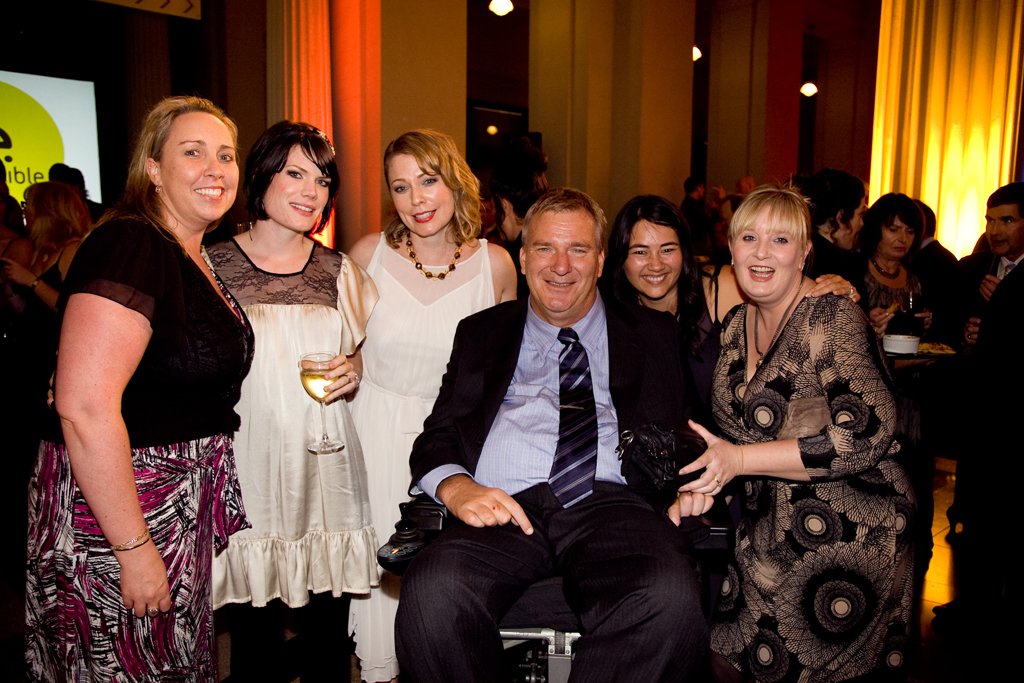 Image above: Mark Bagshaw at the official launch of the Be. Institute at the Auckland Museum in May 2011 - with Be. Institute founder, Minnie, immediately to his right.

There are certain people in our lives who, in a moment, can change our lives forever. One of these incredible people in my life was Mark Bagshaw.

Nearly 20 years ago, in 2001, I heard Mark speak as a guest at AUT, on accessibility. At the time I was working as the disability advisor for the Auckland City Council- a job I had only held for a couple of months.

By the time Mark had finished speaking I had totally reframed how I thought about access, and the world around me. And that reframe has never left me. In fact, it formed the foundations of my entire professional life in accessibility social change and innovation, even to today! Be. Accessible, the organisation we launched in 2011 (and now known as Be. Lab), was fundamentally built on Mark's theory of change and every decision we made in those early years was build around his model.

What Mark introduced to me and to thousands of others both here and in his home of Australia was in many ways quite simple: he proposed, that for accessibility to truly be possible in the world, we need to approach three aspects simultaneously as a society.

Firstly, we must address the physical and tangible aspects of access. Providing access into buildings, providing sign language interpreters for Deaf people to access medical appointments, and printed material in alternative formats such as electronic or braille for the Blind community - all of those features that we can tangibly touch and feel.

Secondly, we must address the social aspect of access. We live in a society that largely does not believe that access citizens are equal and deserve equal access to education, employment and health. And, in order to achieve full access, that we must in fact challenge and turn around those deep-set and limiting beliefs so that access citizens and the community around them truly believe in their full potential and ability.

Limiting societal beliefs can be more disabling to people than almost anything else! And, of course, the opposite is also true - enabling beliefs are the most powerful way to turn around deep-set discrimination and create a fair and equitable society. This is demonstrated in our latest Access Survey which found that welcoming and helpful attitudes consistently ranked among the top factors in making places and spaces more accessible to people with a range of access needs.

The magic happens when, as a society, we are addressing these three areas simultaneously. That is when true systemic access is actually possible!

Be. Lab's social change campaign to positively reframe access for the 21st century, along with our One Stop Shop services which support any business or organisation in our community to know how to be accessible physically and socially, and our nationwide Be. Leadership programme - investing in the leadership development of access citizens - were all manifestations of Mark's model of accessibility, addressing the physical, social, and personal aspects of accessibility together.

It is with huge sadness, enormous respect and love that the Be. Board, team and whānau farewell an incredible man, a dedicated and innovative leader and a true friend and agent of change!

Farewell Mark!!!! You will be enormously missed… your work continues to live on and to change the world!