At the end of July, we met in Christchurch for our mid-year retreat. The theme of the weekend was resilience and community in leadership. 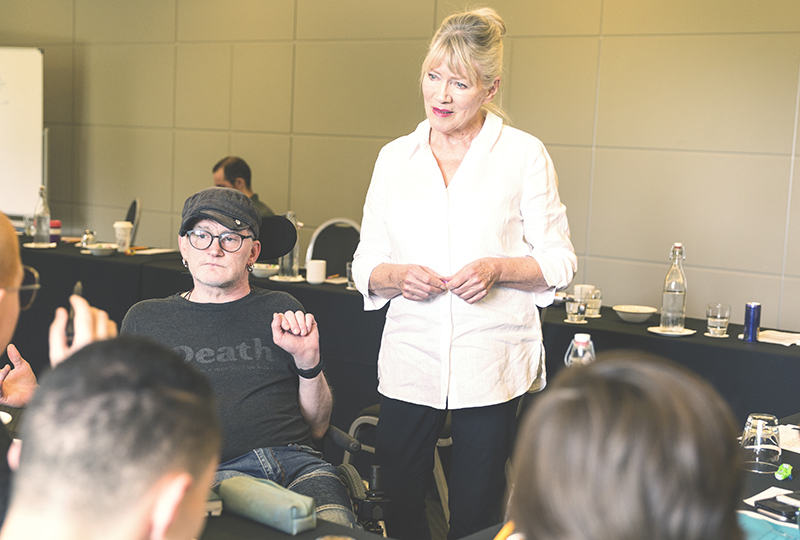 At the end of July, we met in Christchurch for our mid-year retreat. The theme of the weekend was resilience and community in leadership. We had four wonderful speakers during the weekend as well as plenty of discussion and reflection.

I had the pleasure of chairing the session that Margaret Jefferies spoke at. Margaret is the Chair of Project Lyttleton, an organisation which is dedicated to creating sustainable, connected community. She spoke about the concepts of time banking and savings pools.These concepts have the ability to revolutionise the economy and create strong resilient communities.

Ross Brereton spoke of his time growing up with a vision impairment and how this affected his life. In particular, he spoke about moments in time that triggered him and made him realise that things needed to change. For example, not being allowed in the main playground with the other kids at school because of his access need. He told us how people told him he couldn’t be a teacher because he was blind. His response was, “bugger this,” and went on to become a teacher. Too often people with access needs are told what we can’t do. We need to learn to see the possibility and make it happen.

Helen Leahy, CEO of Te Pūtahitanga o Te Waipounamu, spoke of opportunities which are presented by times of hardship. I found this really interesting, as some of the hardest times in my life have also preceded times of huge personal growth. She also spoke of her experience of being a Pākehā woman with a Māori partner. I was particularly struck by her saying, “If you don’t care about the wellbeing of your partner then why do you want a relationship.” This really resonated with me because I realised that I can get caught up in my own problems and forget to think about the needs of others.

Our final speaker was Jumayah Jones, who is the women's coordinator at Al Noor mosque. She was present during the events ofMarch 15th and spoke openly and matter of factly about her experience there, as well as explaining the basics of her faith and how that impacts the way she lives her life. Her friendly, kind manner helped us to tackle an extremely difficult subject, which many of the Be. Leadership participants still have raw emotions about. She was really generous in her answering of questions and helped us to gain a deeper understanding of the challenges faced by the Muslim community in New Zealand. I was particularly struck by the way that she was able to stay so positive after such a terrible tragedy.

A thread that has run through most of the speakers this year is community. We have heard several stories about the importance of community, where relying on one’s community has created resilience.I feel that in modern society we are more connected than ever, yet we are somehow still lonely. Getting to know your neighbours and connecting in real life, rather than online, goes a long way to remedying this.

In our downtime strong bonds of friendship are developing and some of the best times of our weekends together are had over dinner or a late-night drink at the hotel bar. There was a real feeling amongst the group that we had become much closer to each other this session.

Thank you! Your submission has been received!
Oops! Something went wrong while submitting the form.